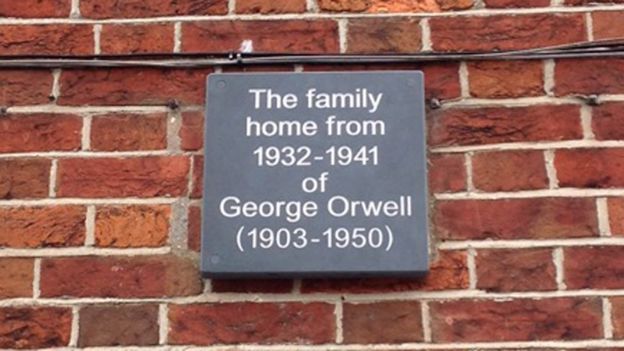 A Welsh slate plaque has been put in place to maintain George Orwell’s link with his former home.Welsh slate was chosen as it will not crumble like the previous plaque.

Montague House in Southwold, Suffolk, was the family home of the author, whose real name was Eric Blair, from 1932-41.

The Orwell Society lodged plans for the new plaque on the privately-owned Grade II-listed house as the original was “crumbling”.

Orwell’s son said the town was an important part of his father’s history.