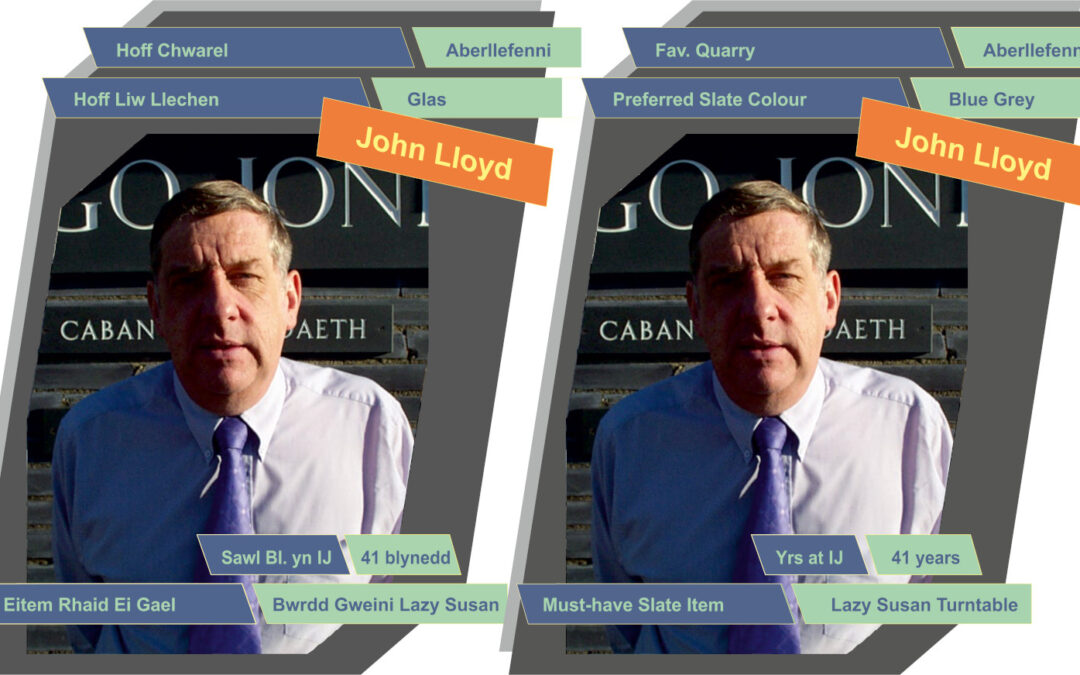 As part of our 160th anniversary, we would like to introduce ourselves.

The team who works hard to present you with high quality Craft items of finest Welsh Slate; lovingly handcrafted at our Slate Works near Caernarfon, North Wales.

First and foremost is John Lloyd, Managing Director of Inigo Jones since 1980.

“I have worked in the slate industry all my life. I worked in London for a couple of years in the family slate business until 1971 when the slate factory in Poplar in the east end closed owing to a new road scheme.

The company at that time had a factory in Victoria Dock Caernarfon and a quarry in Aberllefenni and as my parents moved to Anglesey to retire, I moved with them to work in Caernarfon.

My father was born in Corris and my grandfather moved the family to London in 1943 to work for a slate company Bow Slate & Enamel and after the war they purchased the company and expanded considerably during the 1950’s owing to the building boom.

Bow Slate & Enamel Co and all the other slate companies involved specialized in dimensional slate rather than traditional roofing slates. In 1956 they had purchased Aberllefenni Slate quarry a quarry they knew well as was close to the original family home in Corris, in order to safeguard their supplies and in 1968 John Fletcher Dixon Ltd Caernarfon which had gone into liquidation was purchased.

Since then, I have worked in North Wales and ran the factory in Caernarfon until we closed same as the lease came to an end and in 1988, we moved the factory to Aberllefenni so the quarry and factory was then all under one roof.

Eventually the quarry was sold in 2016 when I was looking to retire and since then I have been involved with Inigo Jones Slate Works which I had taken over in 1980, and I am still involved there on a part time basis.”