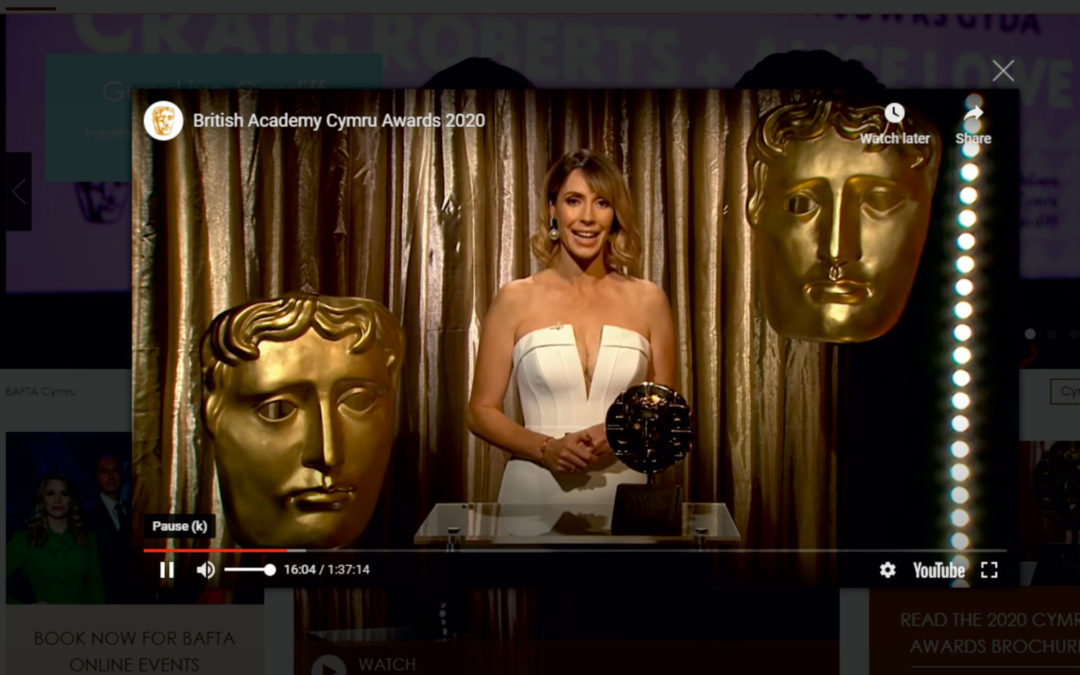 The ceremony online and digital, but the trophies remain physical!

Inigo Jones Slate Works supplied 22 Welsh Slate engraved and hand finished bases for this year’s BAFTA Cymru awards ceremony. Each one lovingly attended to by masters of their craft.
2020 has seen all our lives turned upside down, but the show must go on! & Inigo Jones Slate Works, more than ever, are glad to have been a part of the glitz and glamour.

Worthy winners this year included S4C’s Ysgol Ni: Maesincla, winning the Factual Series award.  Filming of this series was conducted just down the road to us over in Caernarfon, and we extend our congratulations to all involved in the series and to completing a great achievement.

Inigo Jones Slate Works would like to congratulate all nominees, but as a craft based business we feel compelled to celebrate the achievements of those who would normally not be seen on screen themselves, and this year’s craft categories winners were as follows:

The BAFTA Cymru award base is only one example of the type of awards we produce. For Awards and Trophy inspiration take a look at our range.  We can make a single one off trophy to order or produce multiple similar awards. Contact us for further information.